I'm kind of a buggy guy. I guess that is probably true of everyone who gets involved in fly fishing. After all, fly fishing has the word "fly" right in there, so you probably have to at least be OK with bugs if you are into the sport. Lately, although I haven't been doing all that much fishing, I have seeing a lot of bugs. It seems like everywhere I look there is another bug. Bugs here, bugs there, bugs everywhere. Instead of squishing them like most normal people, I take my phone out and take their picture. The bugs seem to like it better that way. Here are a few of my recent pics: 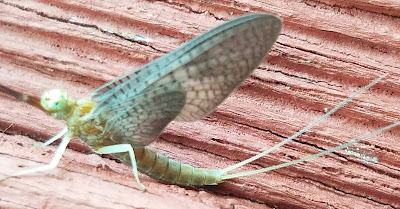 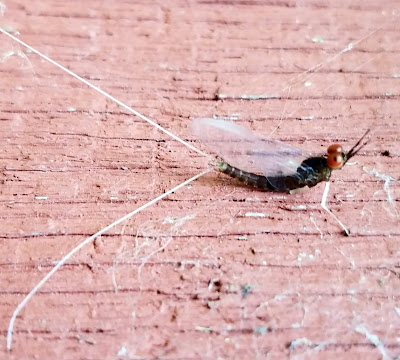 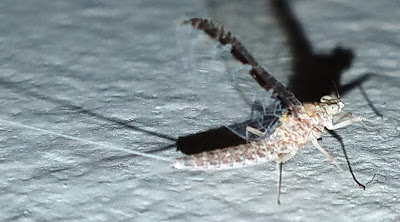 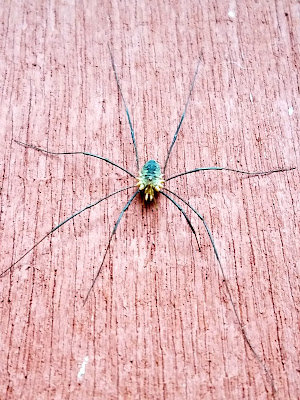 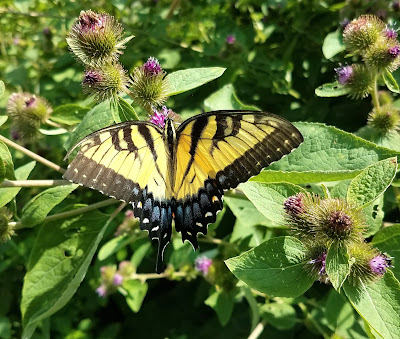 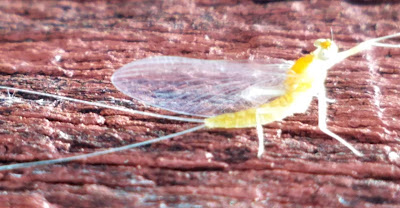 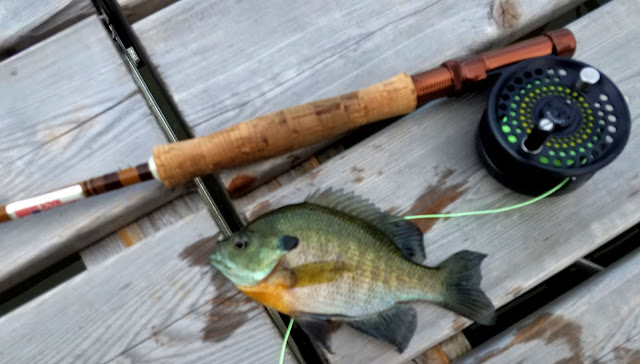 I just traveled the farthest distance I have ever traveled to fish. But to be honest, I actually traveled all that distance to go to my niece's wedding. And so that my kids could swim in the ocean for the first time. And to see a part of the country that I had never seen before. I didn't actually go there to fish, but I did get some fishing in, so I will continue to call this a Trip Report.


The Wife, my four sometimes-angelic children, and I piled into our family truckster immediately after church a couple of Sundays ago and hit the road, heading towards hot and muggy Savannah, Georgia. Our ultimate destination was Skidaway Island State Park, about 22 driving hours from home, so we broke up the drive into 4 days, with stops at Rock Cut State Park in Illinois, the Land Between the Lakes National Recreation Area in Kentucky, and Cloudland Canyon State Park in Georgia along the way. The 4 day long drive to the Savannah area is now kind of a blur, but two things are for sure: every stop along the way got hotter and muggier, and the bugs got bigger and louder.

We finally made it down to Skidaway Island, which is just outside of Savannah, and we had 2.5 days to kick around before the wedding. We spent a lot of time at various beaches, but most of our beach time occurred on Hilton Head Island, which is just across the border in South Carolina. I have known about Hilton Head for a long time, as it is home to a seemingly endless amount of golf courses, and I have been a very avid golfer throughout my life. I did not know that it is also home to some of the nicest beaches you will find anywhere, but it is, and the Wife and kids wanted to spend a good deal of time on them. Even I got in the water for a while one afternoon, and my lily-white back and shoulders didn't know what to make of the sun. I'm just now finishing up the peeling process from getting burned. No good!

During one of the trips to the beach, I decided to let everyone else do the swimming while I tried to find some water to fish in, which is harder than you would think being that close to the ocean. I know very little about ocean fishing, and didn't want to deal with the saltwater on my gear, so I found the only public freshwater lake on Hilton Head, in a little park called Jarvis Creek Park. It was not a prime time for fishing, but I hiked around until I found some likely looking water in a secluded little bay. I was flailing away for a while when a very large bass jumped clear out of the water near the opposite shore. After my heart re-started I positioned myself to try to reach over there with my casts. I was getting my casts pretty much where I wanted them, but all I caught were a few tiny bluegills. Finally, after I started fishing closer to my shore, I caught a decent sized bluegill, and had another near heart attack when another big ol' bass came up and inhaled my fly for about .8 seconds. Soon after that the little bay I was fishing in was inundated will alligators. Did I mention the lake was full of alligators? Most were on the smaller side, but I saw one that looked to be about 10 feet long, if not more. Being a born and bred Minnesotan, I don't have a lot of experience dealing with alligators while fishing, so I took that as a clue that I should reel in and go pick up my peeps at the beach.

Maybe one day when I am rich and I go back to Hilton Head Island on a golf vacation, I will try out this lake again. I know there are some big fish in there, and by then my heart should have calmed down enough to catch some of them...
Posted by Scott at 8:28 PM 1 comment: