I know this is going to be hard to believe, especially if you are a native Minnesotan like me, but I have lived here in God's Country all of my 45 years, and up until this long weekend which just ended, I had only seen Lake Mille Lacs twice. And not only had I only seen it twice, I had never fished it ever.

To put this into some kind of perspective, for as long as I can remember, Lake Mille Lacs has probably been the most popular fishing lake in a state that is completely crazy about fishing. The walleye is the State Fish of Minnesota, and Lake Mille Lacs has historically been one of, if not the, best walleye lakes amongst the 10,000 or so lakes in our state. And I have been a crazy fisherman since I was a little kid. But I have always been a trout guy, not a walleye guy, so despite its reputation, Lake Mille Lacs has never been on my radar.

Until this week, when the family and I took our 4th camping trip of the summer, at the beautiful Father Hennepin State Park on the south shore of Lake Mille Lacs. Father Hennepin is a wonderful park, with great hiking and biking, and a nice beach to sprawl out on, on hot summer days. And, if you can't find something to do in the park, there are a million other things to do in the area. In fact, there is so much stuff to do, fishing might get pushed to the back burner.

I didn't get a chance to fish until the morning of our last day. I was hopeful to join the millions of other anglers who can say that they have caught a fish or two or several out of Lake Mille Lacs. But, alas, it wasn't to be. Despite a great, fishy-looking bay that I was fishing in, I caught nothing in the half hour or so that I fished. In fact I didn't even get a bite. I was skunked on Lake Mille Lacs, but at least I could take solace in the fact that I am sure I am not the first person to say that. 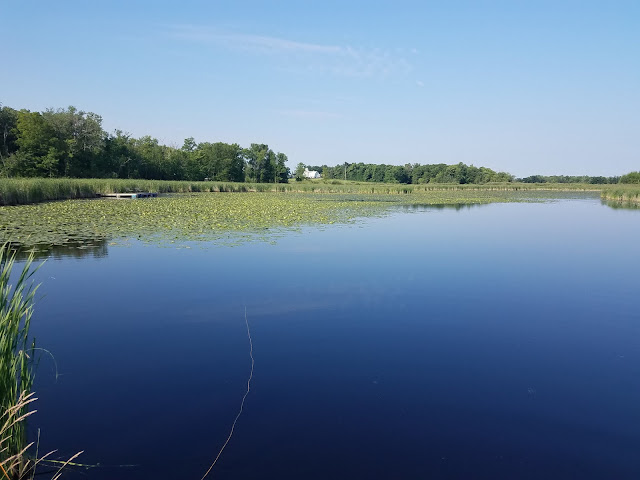 And I still had plenty of time to haul the family and the camper home and set out to the in-laws' lake, which I have wired in such a way that I almost always am able to catch a few. Which I did. Nice ones, too! 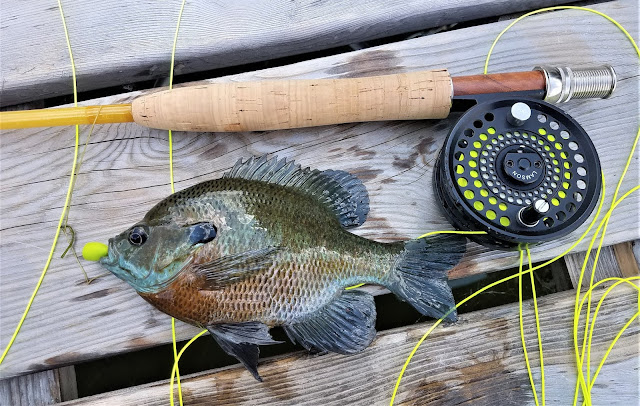 Head to Father Hennepin State Park if you want to have a great time. Just make sure you bring plenty of bug spray. We slathered ourselves in the stuff, but still came home covered in bites. It was the only downside to a wonderful weekend of family fun!