There's something a little different about a Winston man. He doesn't worry about what society says. He doesn't kowtow to peer pressure. He walks to the beat of his own drum, and he likes it that way. A Winston man is the epitome of awesome.

I know all this because I am a Winston man. I became one on Saturday, and a wave of certainty about all those facts engulfed me like a tsunami. I always knew I was cool, but my level of coolness multiplied my a million as soon as I unsheathed my new Winston rod. And what a rod it is!

It's a beautiful 7'6" 4wt Winston glass rod that is in immaculate condition. It came from the estate of a local fly fishing Doctor, Patrick Daly, who I have known for a long time. Even though I didn't know for sure, I always had my suspicions that Patrick was a Winston man. He used to come and hang out at the fly shop I worked at for hours on end, telling stories of his adventures around the world and working on his ever-present crossword puzzles. He was a great guy, and I am very lucky to have acquired one of his rods.

A Winston man doesn't blather on and on about his fly rods, though, so I will stop now. Instead I will let you gaze at it longingly for yourself. Who knows, maybe some day you can be a Winston man like me. Well, maybe not as awesome as me, but as awesome as you can be... 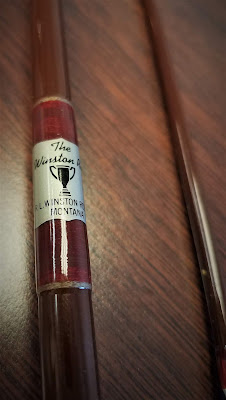 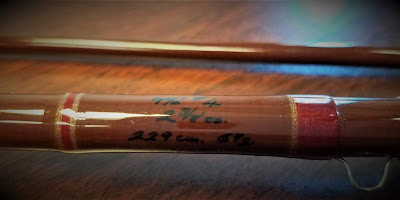 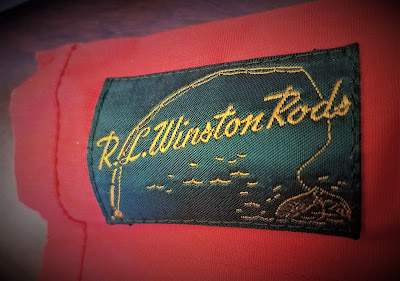 Japan is a great country, or so I have heard. I've never been there. The farthest I have ever gotten from the good ol' USA is about 3 miles into Canada. I've also been about 2 miles into Mexico. Other than that, my feet have never left American soil. Still, I have heard good things about Japan. Maybe I will get there some day... 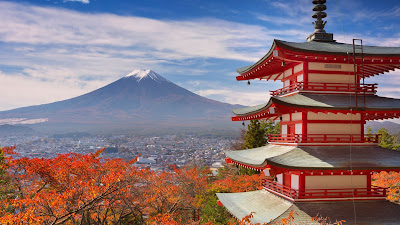 One of the coolest things about the country of Japan is that they build a lot of cool stuff there. A lot of the newest technological advances come out of Japan. My cellphone came from Japan, and what would life be like if I couldn't browse on ebay whilst sitting on the toilet? It would be pretty sad, let me tell you!

Japan is also the home of some really cool fly reels. If you have read my blog in the past you will know that I have long been a fan of Daiwa fly reels, dating back to the '80s when my first "quality" fly reel was a Daiwa-made Scientific Anglers System One reel. I still have that reel, although I wouldn't say it's really in working order... Over the years I have owned several other Daiwa reels, all made in Japan. 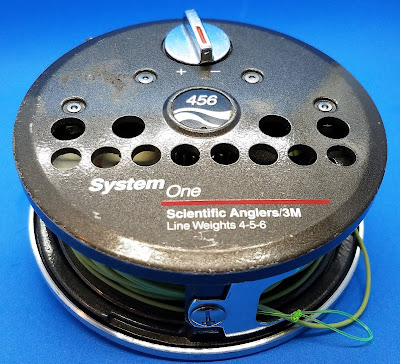 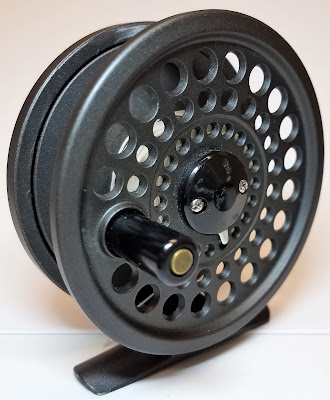 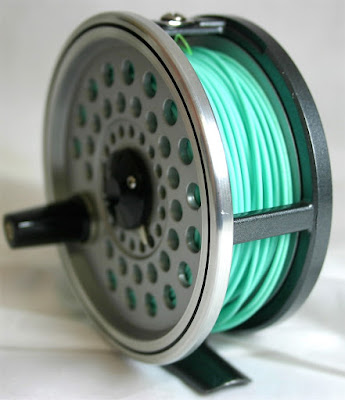 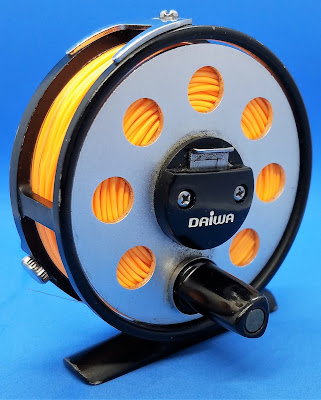 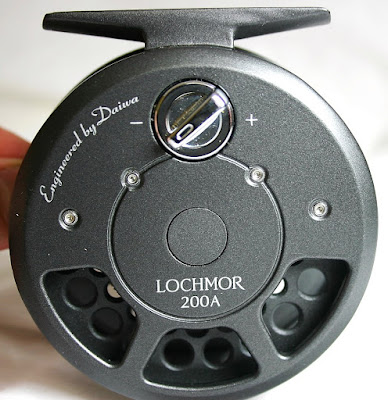 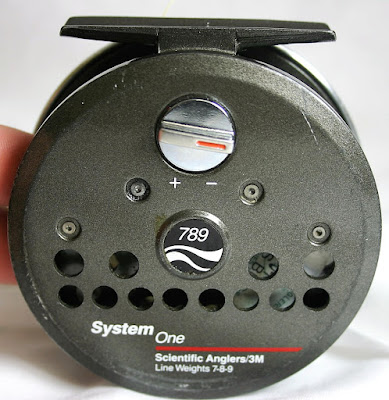 All of those Daiwa reels have been on the lower end of the price spectrum, but recently I learned that Daiwa has also made some more spendy reels. Reels that are on a par with any of the more expensive fly fishing reels out there, like Orvis, Hardy, and Abel. So I had to get one and see what it was like.

Enter this Daiwa Alltmor-S 200 reel. It's a beautiful machined reel that purrs like all of the older Daiwa reels I have owned. It seems to have been crafted with super tight tolerances, although I am not a machinist and really have no idea what I am talking about in that regard. Let's just say that it seems really well made. 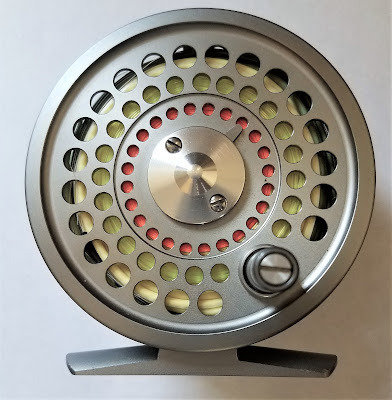 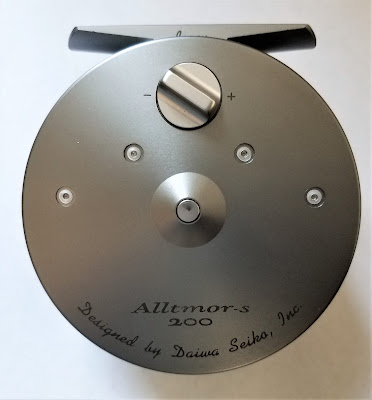 Daiwa is not the only reel company based in Japan. UFM Ueda, Marryat, and even Shimano make very nice fly reels for the Japan market. With ebay and other auction sites it's becoming easier to get those reels shipped over here to the good ol' USA. And I am not trying to say that reels made here in America are bad, just that there are other, well made, options out there. Check them out! 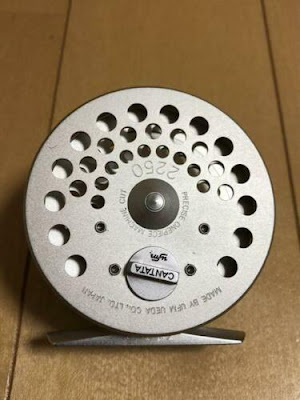 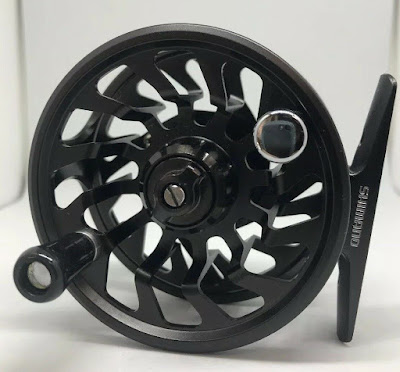 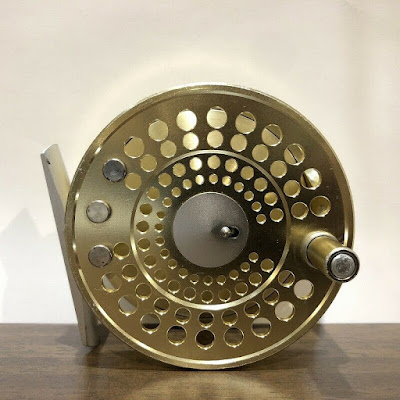 I am worn out. It was a grueling weekend. I worked hard. From the way I feel you would think that I had been pouring a concrete slab or felling a bunch of trees. But no, what I was doing was even more strenuous. I spent the entire weekend tying flies! And talking to people. That last part was probably the most strenuous... 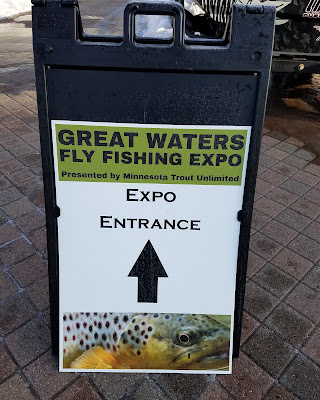 I was at the Great Waters Fly Fishing Expo all weekend, and it was a great time. The best part was seeing a bunch of old friends I only get to see once or twice a year. And the rest was fun, too. I tied a ton of flies, mostly KlinkHansons and Glass Bead Caddis Pupae. I talked to a ton of people who were watching me and all the other fly tyers do our thing. It was a lot of fun, but now I don't feel like doing anything. I am worn out. I forgot how tiring this weekend can be. I've only been awake for a couple of hours today, but I already feel like taking a nap. Good thing I am at work. Today should be much less grueling than the weekend was!

I have done a lot of demonstration fly tying at events both big and small. It seems that a very similar phenomenon happens at all of the big events. I will call that phenomenon "Jimmy".

"Jimmy" is a small child, usually male, usually in the 8-12 year old range. He spends most of, or usually the entire, day at the event, and at least half of the day hanging out in the fly tying area. He goes from tyer to tyer, asking all sorts of questions and telling all sorts of stories. His questions are usually pretty basic, such as when he picks up a bobbin and asks what it is. His stories are usually much more complex, as he relates tales of heroic outdoors conquests that either he or his dad or the both of them have partaken in. Oftentimes his stories revolve around a giant fish that was caught, or how he caught that giant fish on a fly he tied himself, but the stories might also be about how he saw the biggest moose in Manitoba, or how his dad built their log cabin with his own two hands. You have to take "Jimmy's" stories with a grain of salt, but then again, he is a fisherman after all...

"Jimmy" always seems to like me. Probably because I have a keen knack for thinking and communicating on an 8-12 year old's level. Just ask my wife... Any ways, "Jimmy" seems to come around to chit-chat and watch me tie a lot, always admiring whatever fly I happen to be tying that day, and talking at me non-stop. Even when he asks questions, it is obvious he isn't listening to my answers. He seems to have the attention span of a gerbil. Oftentimes I will tell him outlandish stories of my own, just to see if he is listening. He rarely is.

Every once in a while he shows up at my table with a parent, usually his dad. Up until that point I have wondered to myself, "Where is this kid's dad?!?!" Dad always seems like a nice enough guy, maybe somewhat aloof, although he rarely seems like someone who would have built his own log cabin...

I don't know if "Jimmy" would spend so much time around me if I weren't handing out free flies. You see, I almost always hand out all the flies that I tie at an event like this. It's a good way to get newbies more interested, and most experienced fly anglers are happy to get a free fly every once in a while. Especially if they have listened to me tell them how great my flies work... "Jimmy" has a knack of showing up when no other people are in the vicinity, and a guy like me can't help but tell him to go ahead and take another fly. This past Friday I was tying at an event, and that night's "Jimmy" ended up taking home about a dozen of my flies. Oh, that "Jimmy"!