For the past several years my friend Bryon and I have gone on at least one Trout Trip per year. These trips have always been around 3 days long, and have taken place somewhere within either Minnesota or Wisconsin. For this year's trip, Bryon proposed that we invite a 3rd person, his eldest son, Matt, and that we extend both the length of the trip, to seven days, and the distance from home to 11 hours away in western Nebraska. Oh, he also proposed that we turn it into a Trout & Turkey trip, as he and Matt would take the opportunity to try to shoot some Merriam's turkeys while we were there. After about 4 seconds of deliberation, I agreed to all these things. He had me at "Hey, wanna..."!

We ended up in the far western corner of the state, not too far south of the South Dakota state line, in a section of Nebraska known as the Pine Ridge. The topography in this section reminds me a lot of the Black Hills of South Dakota, which are just a couple of hours to the north. There are rolling prairies, impressive rock formations, pine forests, and lush coldwater streams, some of which are home to brown, brook, rainbow, and even some cutthroat trout. There are also numerous ponds that hold all sorts of fish species.

We stayed in Fort Robinson State Park, which is just outside of the little town of Crawford. Fort Robinson is a big, sprawling expanse, and home to mule deer, antelope, turkeys, and they even have a resident bison herd. It also holds a section of the White River and Soldier Creek, both of which are home to trout. A bunch of little man-made ponds are in the Park, too, filled with a wide array of different fishes. Check out the following pics to get an idea of what we did:

The next day I dropped Bryon and Matt off at their turkey hunting lodge, and I spent the better part of the next four days hiking and fishing all by my lonesome. First I checked out the South Fork of Soldier Creek, in the Soldier Creek Wilderness Area. This creek had a new beaver pond around every corner. And fat brown and brook trout in each pond. 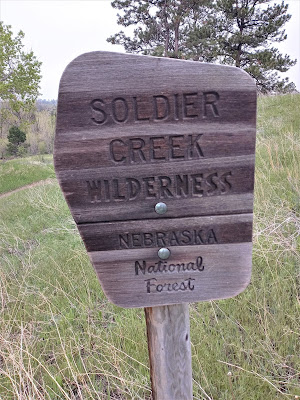 The next day I hiked deeper into the Soldier Creek Wilderness Area in search of cutthroat trout. I heard that there were some hidden ponds a couple of miles in that held cutties, so I strapped on my backpack and headed out. It was a lovely hike, and all my gear worked great, but that is about the best I can say for this excursion. Trout were seen, but not caught. Let's never talk of this again, ok? 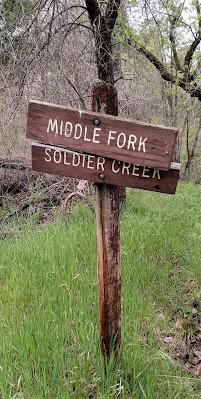 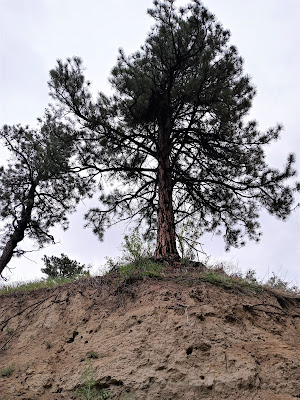 One night I drove past a pond that was almost empty of water, for some unknown reason. I figured there was maybe 2 feet of water in the bottom, yet I was sure I saw something dimple the surface as I drove by. Being the annoyingly curious person that I am, I stopped the car and climbed down into the pond bottom, which was both smelly and mucky. I cast my hopper out about halfway across the muddy water, and it was immediately inhaled by a small but healthy looking sunfish. not only that, but my landing that sunfish caused the other inhabitants of this seemingly lifeless pond to go crazy. There were signs of fish moving around everywhere! I couldn't believe it. I spent the next half hour catching fish after fish after fish out of this mudhole, and they got bigger or more unbelievable as the night went on!


My last day of fishing was filled with more adventure. First I bushwhacked into another secret pond, which was supposed to hold brook trout. I figured a secret pond that nobody knew about would be sure to have big, dumb brookies that would be fighting over my fly. Instead I caught one little perch in a couple of hours of flailing away. Ugh.

Thanks for checking out my trip report. If you ever have a chance to head to the trouty part of Nebraska, I say go for it! I think you will have a good time!